Phil Pike of the Amusement Device Safety Council (ADSC) explains what to look for when booking inflatables.

If you’re hiring a bouncy castle or similar device for your school event then you may well assume that the supplier you’ve chosen will be doing everything that is required of them in terms of safety. Unfortunately, this isn’t always the case. The following short guide will help you know what to look for and ask for, and guide you to a safer experience.

This guide relates to the types of bouncy castles and inﬂatable slides that are typically used at fairs and fun days, where a continuous inﬂator fan is used to keep the inflatable up and in operation.

How they are made

Any inﬂatable used for commercial purposes in the UK should have been made to the British Standard BS EN14960:2013. The Standard includes stipulations on the material that the inﬂatable is made from, how many anchor points it should have, and where these should be. Make sure that any inﬂatable you hire mentions in its documentation that it has been made to this BS Standard.

A bouncy castle is made by stitching together panels of vinyl-covered material. Because of this it needs to have a ‘continuous ﬂow’ inﬂator that is constantly running, pumping air into it continuously as the air escapes naturally through the stitching. If it suﬀers a tear, rip or failure of the stitching then it will quickly collapse as the air has found another way to escape. This type of inflatable will collapse rather than explode.

Castles come with a powered inﬂator (or blower) on them. The most common type of ‘blower’ is electrically powered (240 volts). For this you will need to connect it to a power supply using an extension lead, so think about how far this will need to reach and possible trip hazards. You may need to consider an RCD inline (trip switch) as well. Don’t assume that any domestic outlet is suitable for this, you may need to seek electrical advice. It’s best if you ask for the inflatable hirer to supply any electrical leads needed as normal domestic types might not be suitable for outside use and weather resistance. When the inflatable is being set up, have a visual check over the cables to make sure they are not defective (electrical tape, wires showing, broken plugs). Think about possible trip hazards from using cables.

Alternatively, it may be powered by a generator. A generator will need fencing oﬀ with a ﬁre extinguisher placed close by. Do not leave spare fuel cans out in the open near the generator.

Check with the supplier as to how the bouncer is inﬂated, as this may determine where the inflatable can be sited. Many hire companies and suppliers will assume they will be placing the inflatable very near to an electric supply that you will provide them with.

The castle also needs to be fenced oﬀ around the back and sides (maybe even the front) so children can’t touch or trip on things such as the metal anchor stakes or the power inﬂator and electric plugs.

It also needs to be placed in a suitable position, away from trees and hazards such as rubbish bins and walls. The gradient needs to be fairly level otherwise the inflatable has more chance of turning over when children are using it.

Areas with potholes and stones, etc should be avoided. Safety mats (or crash mats) must be placed at entry and exit points. If the castle is being used on concrete (or similar) or indoors then extra safety matting may be required.

General condition of the castle

Upon its installation and inﬂation, have a look around the inflatable. Does it look right? Is it clean? Look for tears or worn stitching, and check that its shape looks right. If the shape looks wrong, it may be that some of the internal stitching has come undone.

Check that the castle has the correct-sized power inﬂator. The safety certiﬁcate for the castle and/or castle ID sticker should state the size required. The usual size for small inflatables is a 3/4 hp (750 watts) inflator and 1.5hp for larger units. Some inﬂatables may need two or more inﬂators.

You need to bear this power consumption in mind when running out extension leads or using a generator. If the castle is not buoyant enough this may mean that the inﬂator is too small or that the integrity of the castle stitching needs looking at.

Any inflatable must be made with at least six anchor points. EVERY anchor point ﬁtted by the castle manufacturer must be used, even the ones not at ground level (the higher ones help keep a castle’s shape intact and avoid putting additional strain the ground-level ones).

The stipulated size of ground stakes for grass use is a 16mm diameter metal rod at least 380mm long, resembling a shepherd’s crook (rounded top).

Any ropes used to assist anchorage must be in good condition and strong enough for the task.

Where ground stakes cannot be used, an equally effective way to anchor the down inflatable down must be found (such as sand bags, weights or ground fixings). This should be clearly set out in the operators manual. If weights or other ballast are being used, then there must be a suitable method of attaching any guy ropes.

The point of anchor in this case should be at ground level to stop wind from getting under the inflatable. However, the suitability of using alternative anchoring (other than ground stakes) may be difficult to determine as their ability to withstand the necessary force cannot be easily measured. At the very least each anchor point must be at least 163Kg force on it, but is likely to need more to achieve the 1600KN force necessary to keep the inflatable in position.

For indoor use, the inﬂatable will still need to be anchored. The operator’s manual will give guidance on this as although wind won’t blow it away, it still needs to be stopped from moving around the ﬂoor, kept to its proper shape and stopped from overturning.

This is the maximum wind speed in which any inﬂatable, no matter how many anchor points it has, can be used. However, an inﬂatable may have a maximum operational wind speed less than this, so you need to check.

A wind meter, often referred to as an anemometer, must be in operation where the inﬂatable is being used. Wind measurements should be taken at frequent intervals to ensure that wind conditions are okay for the continued operation of the inflatable. Using a weather app or weather forecast is not considered accurate enough as these are not based on local readings. Factors such as trees, buildings, hills and wind-alley conditions on site can inﬂuence this in either direction.

Although weather apps can be used to help predict conditions predictions they may only show ‘average’ wind speeds, so ‘gust’ and maximum speeds need to be accounted for.

All inﬂatables should be supplied with operational information. This is very important if you have ‘dry hired’ the inflatable (the operator has set it up and then left it for you to supervise). This sheet will contain information about the number of children allowed on it at one time relating to their height (this should also be on a patch stitched on by the manufacturer). Information should also contain advice about the type of behaviour not allowed on the inflatable.

Do not let children climb on castle walls or somersault. Unless otherwise stated, shoes should be removed to prevent people accidentally being kicked by others. Glasses may need to be removed and pockets should be emptied.

It should be supervised at all times, and the supervisor should have a whistle to gain the attention of the children. The supervisor must be over 18 years old.

Throughout the event, someone should continue to check the castle to make sure anchor points haven’t dislodged, that the inﬂation tube between the castle and blower is secure and that any rips or tears haven’t occurred.

Certificates and other safety

You should ask your supplier for the following documentation and certiﬁcations:

• Safety certiﬁcate(s) for their equipment

Inﬂatables should have regular tests carried out on them to check their integrity. This test should have been carried out within the previous 12 months. The best way to insure that this test has been done by a qualiﬁed (or competent) person is if it has been tested by someone who has issued it with a PIPA or ADIPS certiﬁcate. Certiﬁcates issued this way can be checked online on the PIPA or ADIPS websites, meaning there is less chance of fraudulence. They will also have a PIPA tag or some type of identiﬁcation on them.

You should also read the risk assessment of the inﬂatable as this will help inform you of the factors that need addressing. Any electric inﬂator should have had a PAT test (electrical test) as well.

If you have many inﬂatables at a fair then it may also be advisable to have some kind of ﬁrst aid presence.

The operator or supplier

It is also worth noting that there are a number of trade associations of which inﬂatable operators can be members. Although not being a member of such an organisation should not be viewed adversely, if a supplier does belong to a trade association this normally indicates that they have been vetted and are informed of relevant regulations and guidance.

The Amusement Device Safety Council (ADSC) is the policy setting body for ADIPS and the focal point for industry related safety matters. Its vision is to encourage, promote and develop safe practice within the fairground and amusement park industry throughout the UK. The ADSC is formed from fairground, leisure and testing representatives of each of the following associations. BACTA, BALPPA, SGGB, NAFLIC, SIRPS, ALES, ACES and the AIS. It administers and manages (through ADIPS Ltd) the Amusement Device Inspection Procedures Scheme (ADIPS). 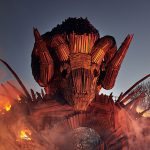 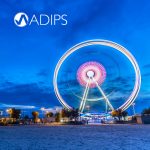 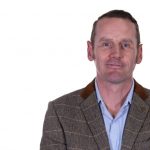 An interview with Jon Ruddock of ADIPS

28/09/2018
Menu
We use cookies to ensure that we give you the best experience on our website. If you continue to use this site we will assume that you are happy with it.OkPrivacy policy